Explore and learn what the Singer Island area has to offer you.

Singer Island is an oceanfront area that offers seven miles of pristine beaches. It is located very close to the inlet for easy access for fishing. There are many affluent hotels and resorts.  If you are looking for condo living with amenities this neighborhood is for you.

The first record of a settlement on Singer Island dates back to 1906 with Inlet City. Inlet City was a spontaneous community of fishermen and squatters, most of whom came from nearby Riviera Beach and the Bahamas.

Singer Island history begins with Paris Eugene Singer, the famous developer of Palm Beach and 23rd child of Isaac Singer, the sewing machine magnate (Paris also fathered a son with legendary dancer Isadora Duncan in 1910 who died in an automobile accident in Paris in 1913). In 1920, he visited Palm Beach and met Addison Mizner. He agreed to pay the architect a $6,000 a year retainer for life if his work was confined exclusively to the Palm Beach area. In anticipation of the Florida real estate boom, he and Mizner planned to develop a luxurious resort (the Paris Singer Hotel) on the south end of the island and a modest hotel (the Blue Heron) on the north end with a 36 hole golf course between the two structures.

Mizner was to design the hotels, but it is said Singer was so eager to start, construction of the Blue Heron was begun before the drawings were started. The opening date was set for 1926. The hotel’s service wing was the first and the last to be completed.

In 1940, the City of Riviera purchased 1,000 feet of beach on the Island for $40,000. This led to the growth of tourism in Riviera and eventual incorporation of the island north of Palm Beach Shores. In 1941, the city of Riviera changed its name to Riviera Beach. The Town of Palm Beach Shores was developed in 1947 when A. O. Edwards, a railroad and hotel tycoon, bought 240 acres on Singer Island for $240,000 and invested $500,000 in improvements. In 1948 Edwards built the Inlet Court Hotel which was later renamed The Colonnades.

In the 1950’s Palm Beach County enjoyed tremendous growth and Singer Island evolved into a resort area of hotels and condominiums for winter residents. In 1952, Phil Foster Park was opened, named after one of Riviera Beach’s pioneer citizens. In 1976, to accommodate this growth and ease the access to the island, the two lane draw bridge was replaced with the current four lane Blue Heron Bridge.

Today, Singer Island is ranked as one of the top beaches in Palm Beach County and its year-round population is approximately 28,000 people. 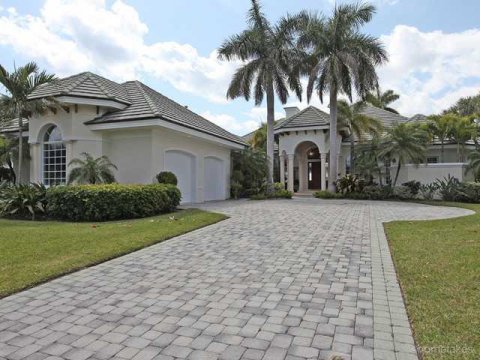